“The car didn’t run quite as well as I’d have liked on Sunday,” said Grimes, “but Shawn performed an admirable job of driving it. The track was extremely good and the car shook the tires but he pedaled it to an impressive victory.”

Leading in initial qualifying then bumped to number 4 in the 19-car field, Cowie defeated current Top Alcohol Dragster champion, Joey Severence, in the first round and won the final with a reaction time of 0.056sec, an elapsed time of 5.333sec at a speed of 277.03mph. 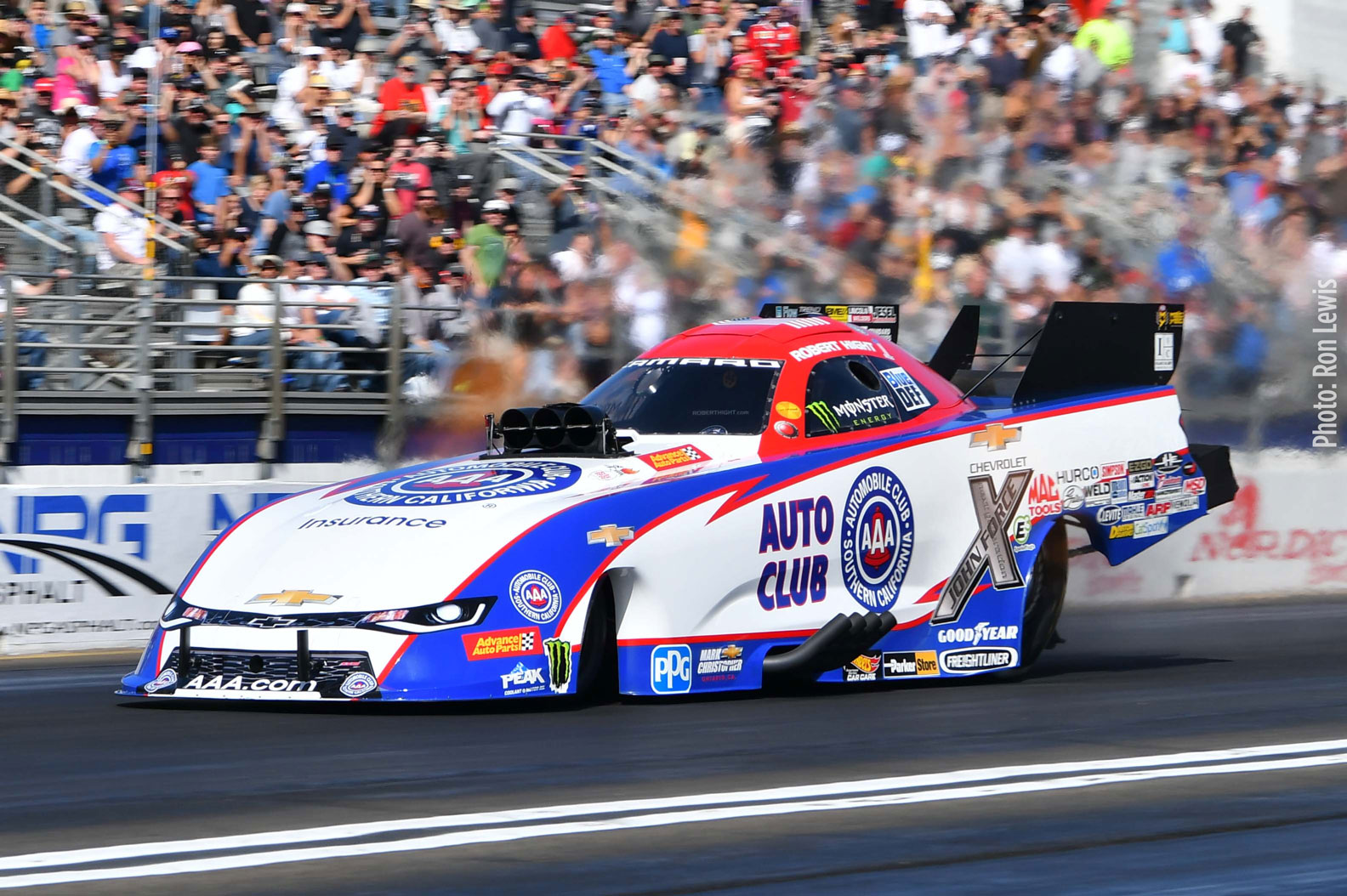 Robert Hight led the John Force Racing team at the season-opening 58th annual Lucas Oil Winternationals at the Auto Club Raceway at Pomona, California. He carried JFR to the finals at the team’s home track while his three teammates suffered first-round losses in eliminations.

Winner Matt Hagan approached the Funny Car final round with 26 wins in his resume, including last year’s Winternationals, and 21 runner-ups.

In comparison, Hight has 41 previous wins, including three at Pomona, and 23 second-place finishes. Hagan is 15 - 12 against Hight in previous events and Hight is 3 - 2 against Hagan in previous final rounds. Earlier on Sunday, Hight had won in the left lane and had lane choice in the final. He selected his favorite right lane.

He led the race until just beyond the 60-foot lights where Hagan edged ahead and the pair stayed together for the remainder of the run. Hagan narrowly claimed victory. 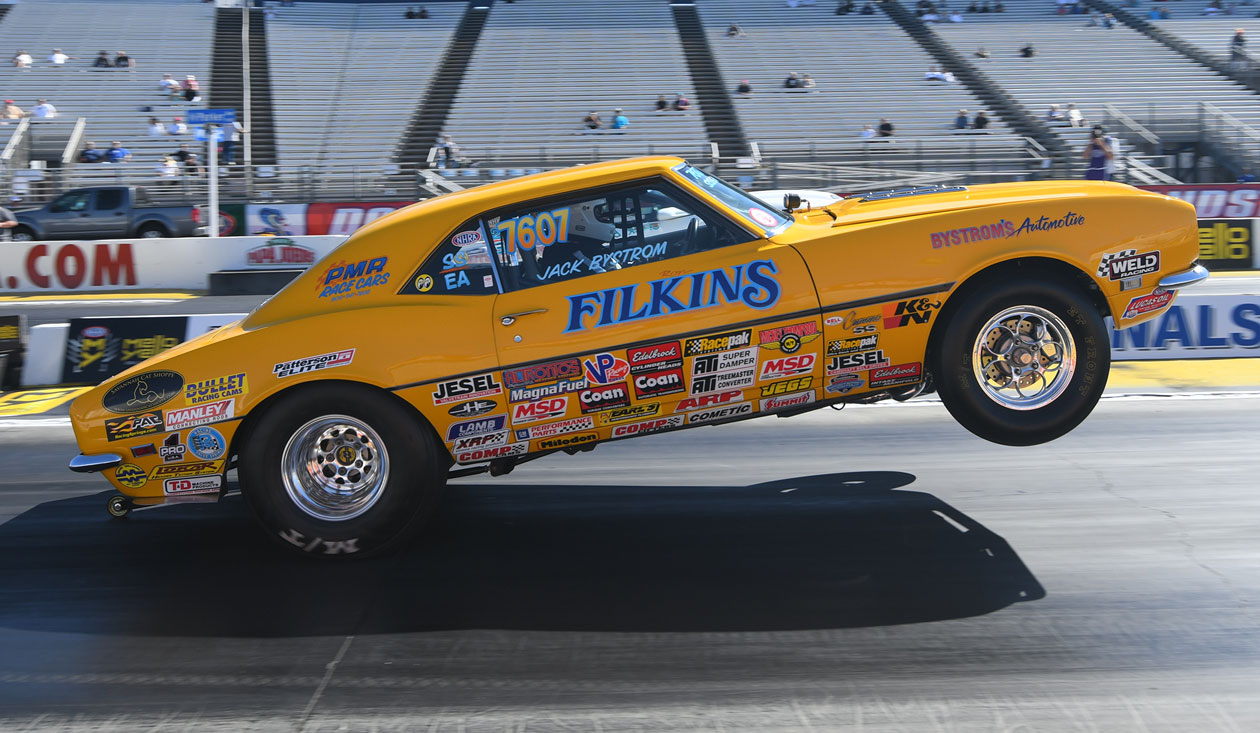 In the sixth round of seven, Jack Bystrom (52) was defeated in Super Stock by Adam Emmer. Earlier, Bystrom had qualified 5th in a field of 66 entrants. “I ran a 0.009 on the tree,” he says, “was leading when I lifted and selected neutral—figuring my momentum was sufficient to win, and lost to Emmer by four inches. This is the second time I’ve ignored my wife’s calculations and lost on both occasions! "

“Joe Hornick is the best—there’s no one like him on cylinder heads and valve gear. I got to know him through Phil Mandella Race Cars. I use his cylinder heads. In fact, I took his advice on the complete top end, including rocker gear and pushrods. He also supplied my valve springs. I changed nothing in the short block and my car has never ran this fast, or this consistently. It feels totally different. The money I spent was worth it and the advice was invaluable.”

For 2018, Jack Bystrom is planning his participation in a 14-race season

Should you wish to speak with Joe or his team about cylinder heads, valve gear or springs or any competition engine parts, call (704) 664-7322